I’m really pissed off. I read an article this morning and it’s really pissing me off. It was about none other than that international butterball, Kim Jong-un of North Korea.

In America, Miley Cyrus does a suggestive, some say near pornographic performance, at the MTV awards and most people yawn or cluck their tongues. In North Korea, a beautiful singer, who sings party line propaganda songs while she’s extolling the joys of working in a state run factory, is machine gunned at the order of this little North Korean meatball in a soldier’s suit. Not figuratively machine gunned, but actually machine gunned! This despicable offspring of a degenerate leader, had this 22-year old girl and 12 members of her orchestra lined up and executed by machine gun fire!  Torn apart by hundreds of bullets per second ripping through their bodies.

But WAIT! That wasn’t the half of it. He rounded up all their families. 12 Families! Sons, daughters, moms, dads, grand folk and forced them to WATCH! Let me say that again, he made them witness the murder of their loved ones, by machine gun! And then, operating under the ‘guilt by association’ theory, he had them ALL, every family member, sent to prison for life.

MTV NEWS FLASH: This happened within 200 miles of where your Samsung phone comes from.

Those executed were simple musicians and they did nothing but bring music and joy to the world….machined gunned! This heinous act goes to the basis of what we as authors write about all the time, which is – to have a thriller, we need an antagonist who is willing to do the unthinkable.

Especially in terms of wide scope, political-global thrillers, you need to define your hero by 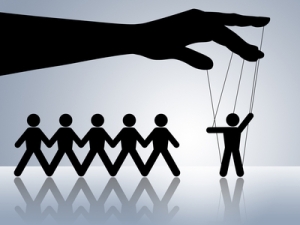 the evil they overcome. That means coming up with evil characters who are willing to do the unthinkable so that by reflection you can create greater heroes to stop them. When envisioning a plot line you try to figure out, what would be the master evil that would be worthy of a master hero?

You feel guilty sometimes sitting there trying to think these things up and then the world comes knocking at your door with even more unthinkable things than an author could imagine. Like this dipshit in Korea. You just want to believe, for just a second, that this is just a book, just a fictional story, an author’s idea of a bad actor as opposed to what it really is, which is a real, living, breathing human atrocity.

But while were on the notion of writing characters, consider for a second the tale of Machine Gunner # 3.  The Dear Leader, Kim Jong Un, has ordered a young 22-year old singer and her orchestra to be cut in half by machine gun fire. Okay, no big deal, probably just a normal Thursday in this garden spot on the world’s ass.

However, a machine gun is operated by a soldier and a soldier is part of a chain of command. So here’s this meatball, in an army suit, who orders these men to kill a beautiful girl and 12 other musicians… in front of their families. 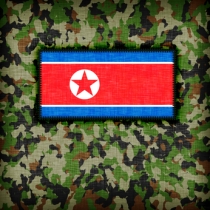 As a writing exercise, just think about that third machine gunner from the left, what’s he thinking about? Is what he is about to do done out of total blind devotion to this despicable, overgrown baby, in an Army uniform? Or is it something else? Something that we don’t even see as a free people? So distant that we, who are so far on the other side of the civilized line, can no longer comprehend. Maybe it’s buried so deeply in our history and genetic DNA? The neanderthal ability to be pack animals, where we could be the ‘beta males’ or the beta dogs to the alpha dog?

What is it? How can the third machine gunner be there and not turn his gun on the guys who are about the kill innocent people? How did he grow up? What kind of values were stressed to him that he could kill a daughter in front of her mother and father and all the other family members? And worse, carry out this deed at the capricious whim of this Kim dirt bag, who as far as we can tell, is only in power by accident of birth.

When I zero this all out, it comes down to what I talked about last time which is, “The Collective.” The collective allows for the machine gunner to carry out his duty because it’s all about the party, the central committee, it’s all about the group.

What is desperately needed in North Korea is an individual! A person who says, “No, I’m not going to do that, I’m not gonna machine gun innocent people because you got a hard-on for them or they pissed on your wife’s petunias and you wanna just eradicate them not to hear her nag you about them.”

Last year, Dear Leader, killed a guy with a mortar shell! His command to his loyal troops was, “I want nothing of him, not even his hair, to be left.” So they had the guy stand in a circle where they’ had already zeroed in one mortar shell and they blew him to bits with another mortar round. Sweet right! It’s like the lowest, base form of humanity plumbing the extreme depths of depravity that men can sink to, are brought to the forefront by the anonymity and autonomy of the Collective.

Back to that third machine gunner, what type of education, schooling, indoctrination did he receive?  What type of “the government is always right,” brain washing occurred?

How many times did his teachers impart the party line that he is nothing but a cog in a wheel? How hard did the collective and all those who benefited from its distribution of labor by subjugating others, have to work on his character to diminish any sense of him as an individual?  How did they crush his spirit to get to the point where he could point a machine gun at a person who he watched sing and dance on TV, then have the indifference to pull the trigger?

Even in western executions, if you have a 10 man firing squad, there are nine bullets and one blank, no one knows who drew the blank  — so that all soldiers can walk away and say “It wasn’t me.” There’s that plausible deniability to the antithetic action of a human pulling the trigger to kill an unarmed person in cold blood. Of course, we don’t use firing squads to eliminate Bruce Springsteen or Miley Cyrus, but at least you knew that if we did, it would have been after due process, not the whim of a pile of human waste playing soldier. 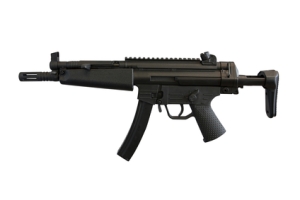 But Machine Gunner # 3, this guy knows it was him who pulled the trigger, so where does he go? Does he go home that night to his kids? Does he go home to a bare, one-room apartment and to his half a pound of rice that he’s guaranteed by the government that month?

This tragedy and the millions more in history, the thousands inflicted today and the countless more that will be committed tomorrow, are the fruit of the Collective. It fosters complicity by those who do not have individualism, do not have courage enough to stand up to tyranny. The first mission of the collective is the destruction of every model of individualism, individual values and individual rights. It all must be eliminated from their existence, education and culture. They are truly robots pulling the trigger with the same moral imperative as a machine.

When you write a hero you imbue them with the ability to see things clearly,  something that the people at large don’t see. The hero has insight or instinct that, when all evidence to the contrary indicates that he or she is wrong, they have a code to follow, a truth, an individual perspective that ultimately prevails. You see this in most every story where heroes or superheroes emerge. They have a sixth sense about right and wrong that guides them through. Even when everyone around them is telling them that they’re wrong or afraid to admit the truth.

Once again, this whole machine gunning happened within 200 miles of where your Samsung Galaxy phone comes from. On one side of the border they’re making hi-tech gadgets and Kia’s because the people there practice a basic from of democracy where the individual rises. On the other side of the border they have a ‘collective.’ A factory that breeds robot-men like Machine Gunner # 3 who could perforate the body of a 22-year old, beautiful singer and go home at night.  Odds are, he doesn’t have a cell phone.

It’s all right there on the Korean peninsula, the total height and the total depravity of human existence. It’s astounding.

P.S.  Dennis Rodman just made his second trip to North Korea to ‘hang with’ his friend, Kim Jong-un. Rodman has called Kim an “awesome guy.”

One thought on “Machine Gunner # 3 and the Korean Miley Cyrus.”