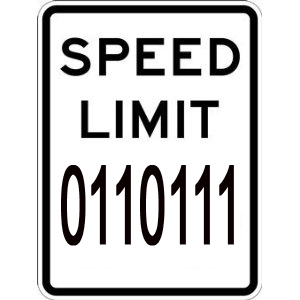 Just because we can, should we?  Wouldn’t it be great if someone at Google, or anywhere else that incubates the next big thing, asked themselves that?

AUTONOMOUS CARS – Who asked for this?  Is this the ultimate smart phone auto accessory? Now that pesky, time-consuming and BORING act of driving won’t get in the way of your texting!  Or maybe get a DC/AC converter and plug-in the old Singer Sewing Machine and catch up on your sewing at 65 m.p.h. on the Freeway!

Just imagine the amount of work that you can now additionally not get paid for, as every second of your life gets plugged in instead of the “downtime” that driving and thinking about ‘elseware’ currently wastes by the mile (Elseware is kind of like software, but it’s never where you are).

But hey, there is one group that is anxiously awaiting the Auto Car… Hold it, (this is going to be a problem for the American Committee of Short Hand Abbreviations,) Autom-O-Car?  Nah, sounds too fifties Atomic Age-y. Anyway, you know what is the hardest job in the world to fill? I mean, even with worldwide unemployment reaching levels not seen since the number of hits from Psy’s Gangnam Style video.  Anarchists, fundamentalists and other trouble makers are still having just a devil of a time finding good, reliable Suicide Bombers – with a driver’s license.

Toyota, the Japanese auto giant, has come to the rescue of this labor-force starved endeavor with it’s announcement at this week’s Consumer Electronics Show in Las Vegas of their, “Advanced Active Safety Research Vehicle” or as I call it, “The Auto Car-Makazi!” Cretans of the world rejoice! Now you can take out that Embassy, strike at the imperialist forces or just plain blow up anything that bugs you, doesn’t pray like you, allows women to dance or cuts the egg long ways instead of crossways, without the messy human interface.  Just use The Auto Car-Makazi – set it and forget it. Finally, more bang for the buck for terrorists everywhere, while being protected by the God-Given right of ‘geniuses’ to cook up anything in their labs that they want, without ever looking out the window at the world they are sending this technology in to.

I know, I am sounding like an old coot in a rocking chair revving up the phrase, “Back in my day…”.  But seriously folks, a car that can deliver a bomb anywhere, with autonomy?  What could possibly go wrong? Oh wait, I just remembered… Lawyers!  Here we go… Some legal genius will advise Toyota, Nissan, Volvo, Audi (some of the companies that are baking the ‘Auto Auto’ technology) that they should put a sticker, a warning label on the visor that says, “Not to be used with explosives.” That should do it, absolve the corporation of any and all liability and damages that the misuse of their product could incur.

Okay, I can sleep better now.

Jules Verne wrote fiction… then it happened. I know because I have walked on the U.S.S. Nautilus. The novelist is usually way out ahead of reality. Here I will share insights into my process as an author and other writer’s moments of prescience.

I will also share real events that could have inspired the ‘thrillogy’... except, I had already written similar scenarios before they happened. Seemingly ripped from the headlines, it's only fiction... 'til it happens!

I look forward to connecting with you: Fans, Skeptics, Believers; you may be all 3. Please share your prescient writing’s, thoughts, ideas, critiques, or web links as comments to my blog posts (click the "thought bubble" beside each title).

Stay tuned for previews of 2012's completion of my thrillogy: The God Particle. For now, connect with me through your favorite social media below & share what you like.